Amid pressures from Brexit, Covid-19, and the finalization of a long review, United Kingdom (UK) regulators have been pushed to innovate with new processes for their health technology assessments (HTAs). As concerns about a divergence from European Union (EU) regulatory decisions and the changing pharma landscape arise, the National Institute for Health and Care Excellence (Nice )’s HTA processes are ushering in a new era of therapy evaluation in the UK.

Countries measure the potential benefit of a new healthcare technology against its cost using HTAs. While the implementation of new technologies to improve standard of care is essential, their affordability needs to align with the budget and goals of healthcare systems.

This year, Nice has made extensive changes following a review of its previous methods and processes. Victoria Jordan, the association for the British pharmaceutical industry (ABPI )’s Head of HTA and Market Access Policy, states that she “hope(d) [the changes] will have an impact as the new manual is implemented.” These developments come at a time when regulatory frameworks in the UK increasingly diverge from the EU, which has its own set of changes. In addition, financial pressures on healthcare systems spell possible ripple effects on the global market.

How do HTAs work?

The UK has three HTA bodies for its constituent countries: The Scottish Medicines Consortium (SMC ), Nice , and the All-Wales Medicines Strategy Group (AWMSG). “Advice issued by the AWMSG is interim to Nice HTA advice,” said an AWMSG representative. 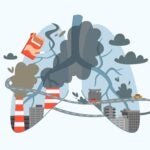 HTAs are a significant part of the operations of the National Institute for Health and Care Research (NIHR). This involves “taking evidence that has been produced and using it to make decisions about what one does in terms of healthcare technologies,” as per Dr Andrew Farmer, the director of NIHR’s HTA program.

Nice allows for changes in its technology appraisal process by keeping it under review. When the body sees there’s a case to make changes, public consultations and stakeholder discussions are held. Following a 2018 review, in January 2022, NICE announced several changes to their HTA methods, which will be implemented over the next few years.

How NICE is changing UK HTAs

When the Covid-19 pandemic began, due to time pressures, Nice had to pivot to new strategies. Consequently, the multiagency initiative Research to Access Pathway for Investigational Drugs for Covid-19 (RAPID C-19) was established to allow National Health Service (NHS) patients to receive Covid-19 treatments quickly and safely. Since then, Nice has attempted to find other ways to shorten HTA timelines.

In 2022, the organisation announced the proportionate approach to technology appraisal, which is predicted to increase capacity by 20% by 2023–24. This approach aims to allow an accelerated route for low-risk treatments by providing faster evaluations, license extensions, and more. To achieve this, Nice is running pilots to test light-touch evaluation approaches and has started an HTA innovation lab to develop new appraisal methods and processes. It also added a Highly Specialised Technologies (HST) Programme that allows quicker evaluation of rare disease technologies and increased flexibility within the HTA timeline.

A major change has been to do with how treatments for patients with severe disease are evaluated. Nice ’s baseline threshold for healthcare technologies is £20,00–30,000 per QALY. An end-of-life modifier assigns additional value to medicines that extended patients’ lives when close to the end of their lives. If a patient population has less than two years left to live, and a technology extends their life by over three months, the end-of-life modifier allows Nice to make decisions at a £50,000 per QALY threshold. This has now been replaced by a new “severity” modifier, which increases the threshold according to the severity of a disease or condition.

“[The concept] was something that industry supported because the new severity modifier has a broader definition of what’s considered severe,” says Jordan. The previous modifier was very specific and binary, she says. “It didn’t recognize that there’s a number of conditions that have debilitating effects on patients’ lives or childhood conditions where there’s a big impact on quality of life, where a patient might have five years left to live.”

Still, potential challenges remain. Jordan says that Nice always needs to consider the cost impact on the NHS during such reviews, and questioned whether the cost threshold for the severity modifier should be altered from the previous end-of-life modifier’s threshold. Furthermore, Nice must outline how severe a condition must be to qualify for this new modifier. The new modifier is likely to be too restrictive and Nice must ensure it is supporting access to medicines that treat severe conditions, she adds.

Prior to the release of these updates, pharmaceutical industry representatives were aiming for a decrease in the discount rate for QALY benefits from 3.5% to 1.5%, which Jordan says is supported by calculations from the UK’s Treasury Green Book. The discount rate is a rate of return used to discount future cash flows to normalize them to their present value. Consequently, medicines would be assigned additional value over time and more value would be provided in the HTA .

Brian Lovatt, an expert in HTAs and market access, suspects that this lack of change may add pressure from the UK parliament on NICE. However, Jordan says during the review process it was argued by Nice that given the uncertainty of the current UK fiscal environment, concerns about the financial impact should take precedence.

Many also think Nice should alter the cost effectiveness threshold, which has not changed in around two decades, despite the shifting financial environment. Lovatt also states that the current cost per QALY threshold does not account for increases in manufacturing costs. “If the price [for the threshold] is lower, the market is slightly less attractive, so companies may deprioritize the UK over the years,” says Chris Teale, the senior vice president of the market research firm Ipsos MORI.

A further emphasis on HTA bodies’ impact on health inequalities, sustainability, and environmental impact is necessary for a successful HTA process. Costello Medical’s head of global HTA , Matthew Griffiths, says, “Not enough is done about the distribution of where health is going in society…we need to consider the contextual factors alongside the cost per QALY metric.” Until this point, Nice has been looking at health equity as part of their methods review, but there has been no formal implementation of guidelines relating to health equity.

The first meeting of the EU Member State Coordination Group on Health Technology Assessment (HTACG) was held this June. This group will play a key role in the EU’s plan to coordinate HTA frameworks in the future. The move, which Teale referred to as “the harmonization of pan-European health technology assessments”, is part of the EU’s plans to allow an ‘efficient use of resources and strengthen the quality of HTA across the Union ’, which will be fully applied from January 2025. The UK is not part of this initiative.

With a more streamlined process in the EU, companies may get access to several countries at once. “There is, in theory, a risk that Nice in the UK, which has a high profile as a very high quality health technology assessment agency, may lose its predominance with the emergence of a pan-EU HTA ,” says Teale.

However, the road to a unified EU HTA approach may not necessarily be smooth. As each EU member state has different standards of care, endpoints, and positions on performing and accepting direct comparisons, there are large hurdles to overcome before the EU’s vision can be realised.

Lovatt says the UK risks being excluded from the global pharmaceutical market. As the UK HTA process currently takes 12–18 months, he suspects this timeframe may not be able to compete with the EU’s system. “This new process in Europe will be completed within somewhere in the region of 15 weeks and that will include all the reviews and everything else.”

Prior to Brexit, the European Medicines Agency (EMA) coordinated a single centralized product license for Europe. Currently, the UK is excluded from this as licensing responsibilities fall solely on the UK’s Medicines and Healthcare Products Regulatory Agency (MHRA).

Since Brexit, the EU has also implemented Darwin EU, which aims to better integrate real-world evidence (RWE ) into regulatory and HTA decision-making. Recently, Nice also published its own RWE framework. Thus, there may be further dissimilarities in the UK and EU’s HTA methods going forward.

ABPI ’s Jordan admits there are “[Some] concerns about the UK remaining a priority launch market, post-Brexit… Industry would be looking for the continued evolution of Nice ’s methods and processes to help support and ensure that we still retain good patient access in the UK.”

Still, Teale remains positive about Nice ’s actions thus far. “[There is] always room for improvement, but I think the UK HTA bodies should be fairly proud of what they do.”