At the 30th European Academy of Dermatology and Venereology (EADV) Congress held from 29 September to 2 October, results were presented from a study exploring patterns in the skin, nasal mucosa and gut microbiomes of 59 patients with the rare skin disease hidradenitis suppurativa (HS). HS, also called acne inversa, is a chronic inflammatory skin disease that affects apocrine gland-bearing skin in the axillae, groin and under the breasts. The disease is characterised by persistent or recurrent boil-like nodules and abscesses that culminate in a purulent discharge, sinus formation and scarring. Because effective therapies for the disease are limited, there is great unmet need for better treatment options.

The study by McCarthy and colleagues presented at EADV tested faecal samples, as well as nasal and skin swabs. It demonstrated compromised biodiversity both on the skin and in the gut of HS patients, and highlighted abnormal levels of specific bacterial species. HS-specific patterns in patients’ skin and gut microbiomes in this study suggest that, similar to psoriasis (PsO), HS may be a good candidate indication for microbiome-targeting therapeutics acting via the gut-skin axis, which is the relationship between the immune system and the neuroendocrine systems of the gut and skin.

In the study presented at EADV, McCarthy and colleagues confirmed reduced microbiome alpha and beta diversity in HS, as well as abnormally elevated levels of bacterial strains such as Clostridium ramosum in faecal samples and Finegoldia magna on skin samples of HS patients. Ruminococcus gnavus was, notably, over-abundant in the faecal microbiome of HS patients, a finding similarly reported in Crohn’s disease. Inflammatory bowel disease (IBD) is a relatively common comorbidity of HS, affecting around 1-3% of patients. It is possible that common microbiota alterations in HS and IBD could serve as a link between these comorbid conditions.

Lack of microbial diversity in both the skin and gut have been found to play a critical role in the pathology of other dermatological indications, particularly those with a more systemic pattern of disease manifestation, such as PsO, a disease that is also frequently associated with IBD. As explored in GlobalData’s recent Microbiome – Targeted Therapeutics in Immunology report, there is currently one microbiome-targeting pipeline candidate for PsO, Evelo Biosciences’ EDP-1815, which targets skin symptoms via the modulation of gut microbiota. Evelo recently announced positive Phase IIb (NCT04603027) data for the drug in PsO and is about to initiate Phase IIa studies of the same drug for the treatment of atopic dermatitis. No microbiome-targeting therapies are currently under development for HS, but the data presented at EADV suggest that this disease may be a good candidate for a microbiome-targeting approach similar to that used in PsO. 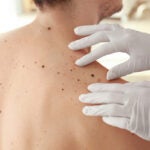 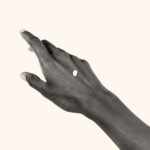