Acromegaly and gigantism are rare endocrinopathies that are characterised by elevated serum levels of growth hormone (GH), which is often secreted by adenomas of the anterior pituitary gland. The hypersecretion of GH promotes cell division and uncontrolled elongation of soft tissue, muscle, and cartilage, causing disfigurement and possible metabolic dysfunction. One potential long-term consequence of this is diabetes, which complicates treatment and significantly shortens a patient’s life expectancy. Currently, the only curative treatment option for acromegaly is transsphenoidal surgery. Patients who are not good candidates for surgery include individuals whose causative tumours are ectopic or extend into the cavernous sinus. In this case, pharmacotherapy can be used to manage patients.

In normal physiological circumstances, the inhibitory peptide hormone, somatostatin, reduces GH secretion and production of the anti-apoptotic and mitogenic hormone, insulin-like growth factor 1 (IGF-1), which is a key promoter of acromegalic changes. The rapid degradation of natural somatostatin in human plasma means that using the hormone in clinical practice is not effective in the day-to-day management of acromegalic patients. Novartis’ Sandostatin (octreotide acetate) was the first somatostatin analogue to gain approval in the US market and became available to patients in 1988. The presence of two other somatostatin analogues in the market has not significantly impacted Sandostatin’s overall market share. Despite the favourable efficacy profiles of Ipsen’s Somatuline (lanreotide acetate) and Novartis’ Signifor (pasireotide), Sandostatin has remained the market-leading franchise in the acromegaly space. In addition to the clinical benefits of having both a long-acting and short-acting form of the drug available in the US and multiple European countries such as France, Germany, and Spain, the use of Sandostatin has a lower risk of causing hyperglycemia compared to Signifor, which has been linked to diabetes in patients with acromegaly.

One highly anticipated development in the acromegaly market was the launch of oral somatostatin analogues that may be better tolerated by patients who find intramuscular injections of Sandostatin to be painful and inconvenient. Chiasma’s Mycapssa (octreotide acetate) became the first oral somatostatin analogue to launch for the treatment of acromegaly in the US in 2020. Although the therapy has shown efficacy in clinical trials, the dosing pattern is complicated because tablets must be taken at least one hour before food in the morning and at least two hours after the last meal of the day. Conversely, long-acting Sandostatin (known as Sandostatin LAR Depot) is injected intramuscularly once every four weeks. Although the low frequency of administration is convenient for most patients who require long-term management with pharmacotherapy, it is difficult for some people to physically attend appointments. Therefore, there is a potential opportunity for patients to be prescribed Mycapssa alongside Sandostatin to allow the extension of intervals between injections. By increasing the use of polypharmacy to manage patients with rare, chronic conditions such as acromegaly and gigantism, old brands such as Sandostatin have a unique opportunity to remain relevant in an increasingly dynamic, competitive pharmaceutical industry that generally favours novel approaches over older therapeutic strategies. 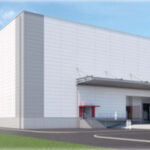