The market course of a drug launch can be influenced by a multitude of factors, including the therapy area, indication, whether it is an innovator or a ‘me-too’ molecule, the geography of the market, off-label use outside of its main indication, and competition with existing drugs.

The lifecycle of most oncology drugs typically includes more than one indication. This complicates the analysis of its market adoption based on sales, as a drug’s reported sales become the aggregate of sales in all indications after it gains a new label. GlobalData’s Pharma Intelligence Centre was used to examine the market course of a drug within a single oncology indication. Oncology drugs were selected based on having a single label in one indication throughout their lifecycle thus far, and drugs with a launch date after 2016 were excluded as they may not have yet reached a definite peak.

Companies reported US-specific sales for 21 drugs, and those required a median of five years to reach their peak sales, with 95% of drugs falling in the 2–8 year range (Figure 1). EU-specific sales were reported for ten drugs, with a median of six years to peak sales, while 17 drugs were reported for the rest of the world (RoW), with a median of seven years to peak sales. There are some outliers, such as Amgen’s Vectibix (panitumumab), which was launched for the treatment of colorectal cancer in 2006 and has seen its US sales consistently increasing up to last year, resulting in a 14-year to peak sales duration in a single indication. Spectrum Pharmaceuticals’ Beleodaq (belinostat) and Bristol-Myers Squibb’s Ixempra (ixabepilone), however, both reached peak US sales in only two years. As global sales are mostly driven by the US market, which contributes around 65% of all sales on average, the time to global peak sales within a single oncology indication was a median of 5.5 years.

The most lucrative geographies seem to be those in which peak sales have a shorter timeframe. The US is the most lucrative market, followed by the EU and Japan, indicating an increasing time to peak sales with decreasing market value. One of the reasons for this is the easier path to reimbursement in the US, where a drug can be prescribed and reimbursed as soon as a couple of months after being approved by the US Food and Drug Administration (FDA). This is not the case in the EU, where regional reimbursement can take from many months up to two years after receiving European Medicines Agency (EMA) approval. Sales for most pharmaceuticals in Japan are reported as part of the RoW rather than separately. GlobalData assumes that the well-established Japanese market falls on the lower end of the RoW time to peak sales scale. 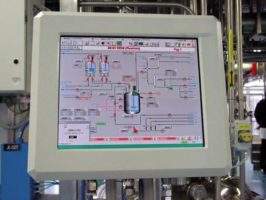 GlobalData has noticed an increased contribution from the Chinese market in oncology drug sales. While there is insufficient data to examine the time to peak sales in China, the severe delay of including foreign drugs in the National Medical Products Administration’s (NMPA) domestic reimbursement list also delays the time to peak sales for any drug. Another reason for this delay could be because the marketing company has decreased its marketing efforts in geographies where a smaller return on investment is expected, instead prioritising the US and EU markets.