The Project to Accelerate New Treatments for Tuberculosis (PAN-TB) is banking on a collaborative approach to scientific innovation to address the growing problem of drug resistance in tuberculosis (TB ).

Last week, the collaborative announced that it is executing a joint development agreement (JDA) to advance two novel drug regimens to Phase II clinical trials by 2023.

TB is a bacterial infection that spreads through the inhalation of tiny droplets from the coughs or sneezes of an infected person. As per the Institute for Health Metrics and Evaluation, TB incidence has massively reduced globally in the last few decades, with a fall from 164 cases per 100,000 people in 1990 to 109 cases per 100,000 individuals in 2019. The mortality rate has also reduced from 33 to 15 deaths per 100,000 people from 1990 to 2019. This fall in TB cases and deaths has been a direct consequence of global efforts to make TB endemic. However, Covid-19 caused a delay in these efforts and several challenges remain.

Earlier this month, the World Health Organisation (Who ) released a new guidance document with a strategic plan to counter TB on a national level. This guidance is in line with the Who ’s End TB Strategy, which aims for an 80% fall in worldwide TB incidence and a 90% decrease in TB deaths by 2030, compared with 2015. 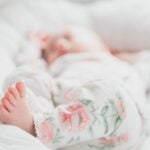 PAN-TB plans to study two investigational drug regimens in the upcoming Phase II studies: DBOS (delamanid, bedaquiline, OPC-167832 and sutezolid), and PBOS (pretomanid, bedaquiline, OPC-167832 and sutezolid). All members of the PAN-TB collaboration have previous experience in TB therapeutic research. The Bill and Melinda Gates Medical Research Institute (Gates MRI) has previously teamed up with major pharmaceutical companies to advance TB research, but the development of these new drug regimens is a new step in their collaborative efforts.

The organisation is finalizing the site selection and trial design now with a plan to be in the clinic sometime in 2023, says Charles Wells , the Head of Therapeutics Development at the Gates MRI. Each trial will recruit approximately 500 patients. The potential potency of the two regimens could lead to the development of shorter TB treatment that would be accessible for drug-resistant and drug-susceptible patients, he adds.

The standard of care for TB consists of a six-month closely monitored treatment plan with a combination of multiple drugs. Following this, patients must receive follow-ups to ensure that they do not have a post-treatment relapse. In reference to the need to prevent post-treatment relapse, Wells affirmed, “sustained cure is vital to the ultimate endpoint in TB product development”.

Post-treatment relapse can heavily burden middle or low-income countries with a high incidence of TB , as many lack the resources and funding to maintain such extensive treatment regimes. Prevalent methods of treatment support can include observational therapy, which requires additional labour. Therefore, an important goal of researchers is to shorten TB drug regimens.

Another prevalent issue within this space is the rise of drug-resistant TB . As patients with a drug-resistant form of TB cannot receive the standard regimen, their treatment courses tend to be more complex and often cause unsavoury side effects.

According to GlobalData, there are only two TB drugs that are currently in Phase III clinical trials. Sequella is developing SQ-109 for the treatment of pulmonary tuberculosis. Sequella is a US-based pharmaceutical company that develops antibiotics to address drug resistant infections. The Almaty, Kaszakhstan-based Scientific Center for Anti-Infectious Drugs is also developing the nano-ion complex FS-1 for multi-drug resistant TB .

The PAN-TB collaboration was created in 2020, to address the need for new novel treatment regimens for TB . Multiple companies and non-profit organisations have come together to assist in creating these new regimens, including Gates MRI, Evotec, GSK, Johnson & Johnson, Otsuka, and the TB alliance. In 2021, the Foundation for the National Institute of Health (FNIH) began assisting PAN-TB ’s efforts through project management of the PAN-TB governance bodies.

The new drug regimens comprise of drugs from members of the PAN-TB consortium’s assets. Three of the drugs have previously been approved for a narrow subset of drug-resistant TB patients, and two are investigational. Pretomanid, delamanid and bedaquiline are registered drugs to treat TB . The new chemical entities being investigated are OPC-167832 and sutezolid. According to Wells , “they come from classes that show great promise to potentially shorten TB treatment”.

Sputum-based assessment is the main biomarker used in TB testing landscape. The PAN-TB studies give an opportunity to evaluate the performance of promising biomarkers for the future, says Wells .

If either treatment performs well the drugs will be taken into a second stage of assessment which is currently being finalized.

Traditionally, scientific research relies on independent study and investigation from pharmaceutical companies. Wells was optimistic about the possibilities of collaborations like the one with the PAN-TB alliance in the future. “If we’re successful about how we approach this, you’re taking private companies, nonprofit organization and philanthropy, to gather, and to tackle an unmet medical need for global health.”