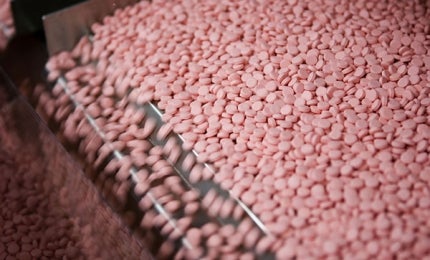 The plant will produce the company’s biologic medicines across multiple therapeutic areas and will significantly increase its manufacturing capacity. It will also play a significant role in BMS’ global manufacturing network.

The project is expected to generate 1,000 construction jobs and 400 skilled professional jobs during its initial phase, creating a significant economic boost for Dublin.

The facility’s construciton, commissioning and validation are expected to be completed in four years, in order to begin operations in 2019.

Bristol-Myers Squibb’s product portfolio includes a wide variety of approved and investigational biologic medicines for a number of therapeutic areas, including oncology, virology and immunoscience.

"The project is expected to generate 1,000 construction jobs and 400 skilled professional jobs during its initial phase, creating a significant economic boost for Dublin."

The new investment in Ireland, where BMS has maintained a significant manufacturing presence for 50 years, emphasises on the company’s focus in the field of biologics, an area in which Ireland already excels.

The new facility is the second biggest investment won by IDA Ireland’s life sciences division. IDA (Industrial Development Agency) is an agency responsible for the attraction and development of foreign investment in Ireland.

To support the growth of biologics industry, the Irish Government, in collaboration with a number of universities, has established a National Institute for Bio-processing Research and Training (NIBRT) centre, which offers quality training and research experience to more than 2,000 people a year.

The state-of-the-art facility will be built in the Cruiserath industrial area on the same site as the company’s existing bulk pharmaceutical manufacturing plant. Known as BMS Cruiserath, the existing facility is a multi-purpose, high-containment, highly automated, bulk production pharmaceutical facility that produces medicines for hypertension, diabetes and HIV.

The biologics plant will span 30,000m² in area and feature six 15,000l large-scale bioreactors, a purification area, and office and laboratory space.

Aesica, a supplier of active pharmaceutical ingredients, opened a new high-capacity manufacturing facility at its Queenborough site in September 2013.

Upon completion, it will employ between 350 and 400 personnel, including scientists, engineers, bioprocess operators, quality specialists and other skilled professionals.

Financing for the new biologics plant

BMS has approved funding for the initial phase of the project. The full cost of the project is expected to be finalised in the second half of 2015 and is anticipated to be close to $900m, which is the same as that incurred for the construction of the company’s biologics manufacturing facility in Devens, Massachusetts.

BMS awarded the architectural and engineering contract of the new manufacturing facility to Jacobs Engineering Group, a company based in California, US, in February 2015. The firm has vast experience in delivering award-winning pharmaceutical and biotechnology projects worldwide.

Bristol-Myers Squibb is a biopharmaceutical company engaged in the discovery and development of innovative medicines for ailments such as cancer, cardiovascular diseases, hepatitis B and C, HIV/AIDS, rheumatoid arthritis and psychiatric disorders.

The company’s R&D is considered to be one of the most productive in the industry. It invested approximately $4.5bn in 2014 for the discovery and development of new medicines.

In 2015, the company was ranked fourth among Fortune’s list of World’s Most Admired Companies in the pharmaceutical industry and featured among the top three pharmaceutical companies for innovation and social responsibility.