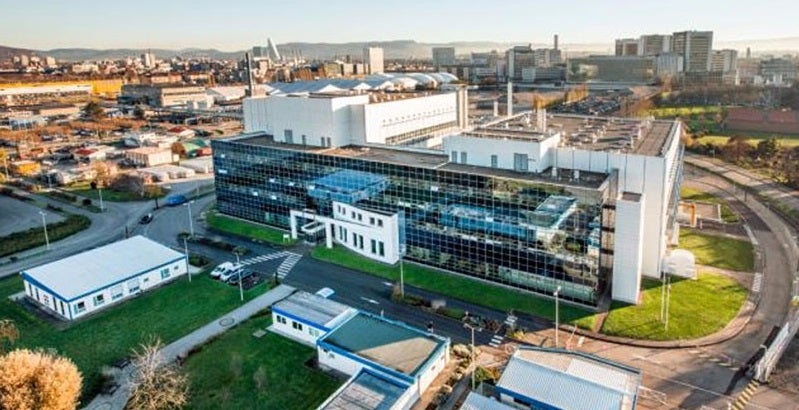 Novartis Pharma is carrying out a major expansion of its biotechnology centre in Huningue, France. Announced in August 2016, the expansion project will increase the facility’s monoclonal antibody (mAb) production capacity by 70%.

Investment in the Huningue facility is aimed at capitalising on the strategic importance of its location in France. The expansion will enable the facility to meet the anticipated growth of products already being manufactured at the site.

“The expansion will enable the facility to meet the anticipated growth of products already being manufactured at the site.”

A $100m investment will be made for the project, which is expected to be completed by 2020.

Inaugurated in 2005, the Huningue facility is fully GMP-compliant and Novartis’ main site for the production of monoclonal antibodies for the global market. Since the start of operations, Novartis has invested €215m ($240m) to equip the facility with advanced facilities and specialised infrastructure.

The facility initially started with a single antibody and has now become one of the world’s biggest producers of active substances by mammalian cell culture. It exports approximately 80% of production to the world market.

The facility was expanded in 2011 to enable production of anti-rejection drugs for kidney transplants. In 2012, Novartis invested another €6.2m ($6.9m) in equipment and infrastructure upgrades to increase production flexibility and capacity of the facility.

Details of the expansion project

The expansion project will extend the main production building and install new cell culture bioreactors. It will also add a new purification line, which will enable multiple drugs to be produced simultaneously.

Installation of the production facilities is expected to be completed by January 2017, while commercial activities expected to commence in December 2018.

The expansion is expected to generate 100 jobs at the site.

Existing equipment and systems installed at the Huningue facility

The Huningue facility is equipped with 13 bioreactors of 500l each for the production of antihistamine, Xolair. It also features disposable equipment including bags for media and buffer storage. Disposable bags are used for intermediate storage of product as well as final storage of the drug. A fully-disposable filter system including disposable connectors and tubing is also part of the facility.

The facility is equipped with DeltaV™ digital automation system supplied by Emerson Process Management. Installed in 2005 and upgraded from 2008 to 2010, the system features an integrated Wi-Fi network and mobile operator stations. It provides process and plant information to operators and maintenance crew of the facility. The system also helps in improving efficiency and flexibility of production process across the plant.

Jacobs Engineering Group has been awarded the engineering, procurement and construction management contract for the project.

Focus on cutting costs and increasing the production of biosimilar products has been Novartis’ strategy over the last few years. The company has closed down more than two dozen of its manufacturing facilities and is also streamlining its research and development (R&D) activities. These moves are expected to reduce annual costs by $1bn by 2020.

In 2015, Novartis announced its decision to invest €800m ($890m), including €100m ($111.9m) annually in R&D over a three-year period. Novartis has also increased its focus on the production of biosimilars and plans to apply regulatory filings for at least 11 biosimilars by the end of 2017.

The IKA Group specialises in laboratory equipment, analytical and process...

AqVida is a pharmaceutical company that focuses on the development,...

Lykan Bioscience opened a purpose-built SMART Manufacturing™ facility for developing cell-based therapies in Hopkinton, Massachusetts, US, in September 2020. The…