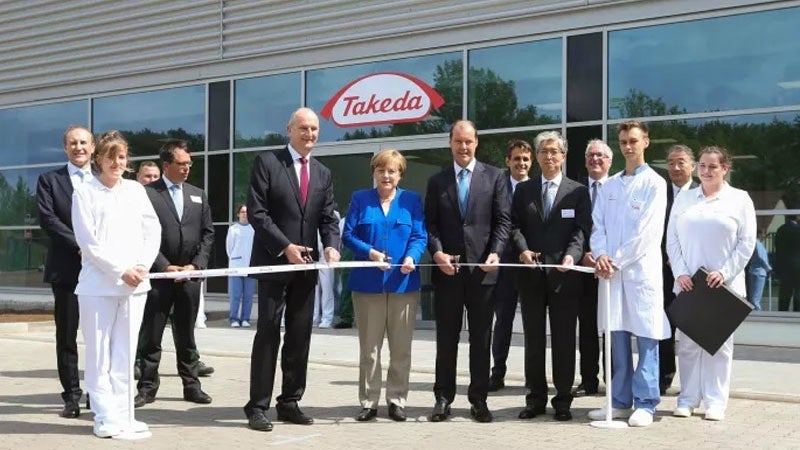 Constructed in June 2017, commercial operations are expected to commence by the end of 2017.

With the addition of the new facility, the company aims to increase the Oranienburg site’s production capacity from the existing 6.2 billion tablets and capsules to approximately 10 billion a year.

The new plant will also allow Takeda to advance its technologies and ensure timely delivery of its pharmaceutical products to patients and healthcare providers globally.

Takeda unveiled its plans to build a new pharmaceutical production facility at the Oranienburg site in April 2014.

The new plant is being developed as part of the company’s plan to transfer production of solid products from its Osaka plant to facilities in Oranienburg and Hikari.

Construction commenced in August 2014. It was built at a cost of $114.6m and the plant added roughly 180 new jobs to the existing 600 employees in Oranienburg.

The German Federal Government and the state of Brandenburg each provided $26.3m in subsidies to Takeda for its expansion.

Takeda’s new manufacturing plant has a total floor space of 21,400m². It is located 30km northwest of Berlin, Germany.

“The new plant is being developed as part of the company’s plan to transfer production of solid products from its Osaka plant to facilities in Oranienburg and Hikari.”

It incorporates a production line for the development and manufacture of high-quality drugs in solid dosage formulations, including pills and capsules. The new plant also features new technological and storage facilities.

Medicines to be produced at the new building will be used to treat a variety of diseases in therapeutic areas including gastroenterology, the central nervous system, and cardiovascular segments.

The Oranienburg production facility was opened in 1885. Takeda took ownership of the site through the acquisition of Switzerland-based pharmaceutical company Nycomed in September 2011.

The site houses two state-of-the-art production plants spanning 12,900m². Takeda made significant investments at the site to expand its global manufacturing network and strengthen its presence in the German pharmaceutical market.

Employees at the site perform research, development, manufacturing, packaging, and sales for 145 different solid dosage drugs including Pantoprazole, Magnyl, and Trintellix. An estimated 6.2 billion tablets and capsules are produced for export to end markets in more than 100 countries.

Takeda is engaged in research and development (R&D), with the main focus on drugs for oncology, gastroenterology, and the central nervous system, as well as vaccines.

Founded in Osaka in 1781, the company has a presence in more than 70 countries and regions worldwide. It owns 23 production sites across 16 countries and has a workforce of 30,000.

Takeda is a research-based global company with its main focus...

AqVida is a pharmaceutical company that focuses on the development,...