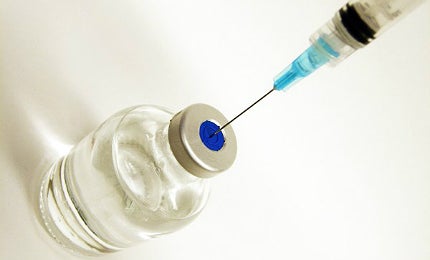 It’s more than 80 years ago that Alexander Fleming discovered the powerful antibiotic penicillin, a medical revolution that went on to save hundreds of wounded soldiers from death by bacterial infection. With such miracles of modern medicine at our disposal, it can be all too easy to forget that the overuse of antibiotics can lead to antibiotic resistance.

While the main driving force behind this problem is the overuse of antibiotics in humans, is it also possible that veterinary drugs have a role to play? In other words, do antibiotics administered to animals before they reach our plates also impact our health?

"It can be all too easy to forget that the overuse of antibiotics can lead to antibiotic resistance."

Bacteria are becoming increasingly resistant to antibiotics and, at the same time, finding new antibiotics is becoming more difficult and costly – only three new antibiotic classes have been developed during the last 30-years. This isn’t a huge problem at present, and most antibiotic resistant infections can still be treated. However, this could just be the tip of the iceberg.

Dr Gail Hansen, senior officer at Washington-based The Pew Charitable Trusts, an independent non-profit organisation focused on global research and public policy, warns that: "Antibiotic resistance is a global public health crisis. Just in the United States, resistant bacteria are responsible for tens of thousands of deaths, hundreds of thousands of hospitalisations and tens of billions of dollars in healthcare costs each year. We have got to reduce antibiotic overuse broadly to address this problem, and that includes reducing antibiotic consumption on industrial farms."

The problem is just as worrying in the UK and Europe, with approximately 25,000 people dying annually in the European Union (EU) from antibiotic-resistant infections. With this expected to increase significantly in the future, the UK’s chief medical officer, Dame Sally Davies, has warned Parliament that the rise could cause a national emergency. She went as far as comparing such an emergency to a "catastrophic terrorist attack," as well as to tragic events such as pandemic flu and major coastal flooding.

Antibiotic resistance on a plate

The Parliamentary Undersecretary for Health, Anna Soubry, MP, was right in her statement that: "There is scientific consensus that the use of antimicrobials in human medicine is the main driving force for antimicrobial-resistant human infections."

Loading ...
"Just in the United States, resistant bacteria are responsible for tens of thousands of deaths."

However, this is not the whole story and antibiotic use in animals also plays a role in antibiotic resistance in humans.

Indeed, for some human diseases, such as Salmonella and Campylobacter, antibiotic use in farm animals is the primary cause of resistance.

Dr Hansen says: "Routinely giving antibiotics to healthy food animals breeds drug-resistant bacteria that can end up in our food and in us. Most of the drugs used on livestock belong to the same classes of drugs used in human medicine; many are the same drug. Bacteria in animals develop resistance to the drugs that people rely on to fight off the infections that those germs cause."

Not approved for human use

"While many of the drugs used on livestock are the same as those used on humans, alarmingly many are not even approved."

While many of the drugs used on livestock are the same as those used on humans, alarmingly many are not even approved for human use. According to the US Food and Drug Administration (FDA), 28% of all antibiotics sold for animal use in 2010 were ionophores – a medicine never approved for humans.

For those antibiotics that are used in humans, for a small handful the FDA has issued a directive limiting extralabel drug use by veterinarians. This means the use of these antibiotics is now illegal in animals.

In addition, the European Medicines Agency (EMA) has banned the overuse of antibiotics, encouraging farmers to instead use other methods, such as improved sanitation in the animals’ houses, good breeding practices and healthy feeding. It is anticipated that such steps will reduce infections in animals and subsequently also reduce over-reliance on antibiotics.

Improve sanitation and eliminate the need for animal antibiotics 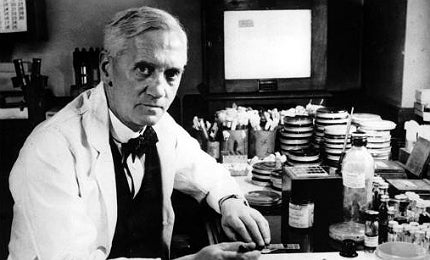 The World Health Organization (WHO) states that: "National authorities, veterinarians, physicians, patients and farmers all have key roles in preserving the power of antibiotics."

A collaborative global effort is required if we are to tackle this health problem head on. The UK would be wise to start by following the example of countries such as Denmark and Belgium, where the use of antibiotics in food animal production for non-therapeutic is being eliminated.

Surrey-based leading farm animal welfare charity, Compassion in World Farming (CIWI), also advises on action being taken to select appropriate animal breeds, with a greater focus on their resistance to infection, rather than on maximum productivity. The key is to provide an environment for healthier animals requiring fewer antibiotics. Without such action, the future of human medicine could be at risk.

New research has revealed that an astonishing number of UK doctors prescribe placebos to their patients on a regular basis, but is this wise?