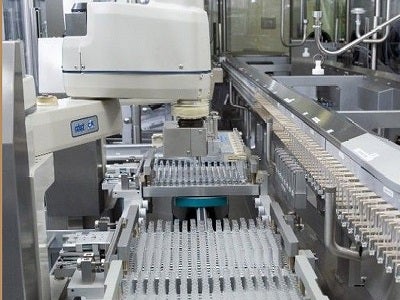 "The new facility is expected to be completed by the first quarter of 2018 and will become fully operational in early 2019."

The $79m project forms part of the company’s $300m investment strategy for overall modernisation, expansion and rebuilding of its manufacturing sites in Germany.

The new facility is expected to be completed by the first quarter of 2018 and will become fully operational in early 2019.

The new production facility will be a seven-storey building occupying an area of 86,000ft². It will include a cleanroom equipped with supportive production systems, and technologies for filling bulk syringes and sensitive drugs, including biologics and ophthalmic.

The syringes prepared in bulk will have a number of customisable options that are suitable to the substance and primary packaging material components. Further customisation is allowed in silicone levels and the entire process is flexible.

The cleanroom will be designed to achieve the sterility assurance level (SAL) to meet the standards required by regulatory authorities. It will employ an improved restricted access barrier system (RABS) concept, which combines the advantages of isolator for high-level sterility and RABS technology offering greater flexibility and higher capacity utilisation.

The advanced technology of the cleanroom enables to achieve high-level sterility and capacity utilisation of filling lines while running multiple products. The fully-automated decontamination process of the cleanroom will involve a three-hour cycle using hydrogen peroxide (H2O2).

The facility will also comprise on-site central material preparation area, office space for the production staff, and a staff canteen with roof garden.

Vetter is a contract development and manufacturing organisation (CDMO) supporting its clients by guiding their products through development, regulatory approvals, launch and lifecycle management. It is a global leader in fill and finish contract manufacturing of prefilled syringe systems, cartridges and vials.

Headquartered in Ravensburg, Germany, the company has production facilities in Germany and US, as well as offices in Singapore and Japan. It employs approximately 3,600 personnel.

Vetter provides state-of-the-art manufacturing from early clinical development to commercial filling and final packaging of the parenteral drugs, with 35 years of experience in producing a range of complex compounds, including monoclonal antibodies, peptides and interferons.

Cleanroom Connection is the leading pharmaceutical cleanroom supplier and specialized...