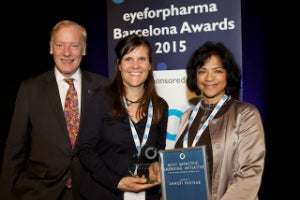 Sanofi Pasteur’s global awareness programme for dengue fever, Break Dengue, was announced the winner of the Most Impactful Emerging or Global Initiative award at the eyeforpharma Barcelona Awards.

The decision was made unanimously by a panel of international industry experts and patient advocates. The eyeforpharma Barcelona Awards support pharmaceutical companies who prioritise value for patients and customers.

Break Dengue is a non-profit, open platform that engages with, educates and links together dengue-fighting initiatives worldwide into one, centralised hub.

After analysing worldwide conversations about dengue on Twitter, Sanofi contacted the Bill and Melinda Gates Foundation about a potential worldwide community.

All content comes from an external, independent editorial board and from the public media, creating a neutral non-profit organisation operated by a coalition of partners.

Eyeforpharma chairman Paul Simms said: "What makes Break Dengue unique is the unprecedented level of partnership coming together as one to fight against a disease against which no prevention or cure currently exists."

In its first week alone, Break Dengue had more than 10,000 Facebook followers, reaching 100,000 after three months.

After a year, the programme had 250,000 followers. The use of social media to connect voices and initiatives worldwide was what struck the judges the most.

Winning projects were selected from hundreds of initiatives from Europe, Middle East, Africa and the Asia-Pacific region. The winners were determined by an international judging panel of senior industry experts and patient advocates.

Mr Simms said: "Break Dengue is the perfect example of identifying a need for something bigger in the fight for disease awareness, and demonstrates an ideal model which could be replicated for so many other diseases across the globe."

Two of UCB's biggest patient innovators were announced as winners at the eyeforpharma Barcelona Awards...

Two initiatives from Janssen Healthcare Innovation were voted 'Most Valuable' at the eyeforpharma Barcelona Awards,...

Dramatic Shifts in Pharma Drive Patient Needs as a Priority

According to LEO Pharma, Ipsen and Grünenthal, driving patient-centric leadership has become a priority as...

Janssen Healthcare Innovation's Care4Today programme is set to take two of the highest honours at...