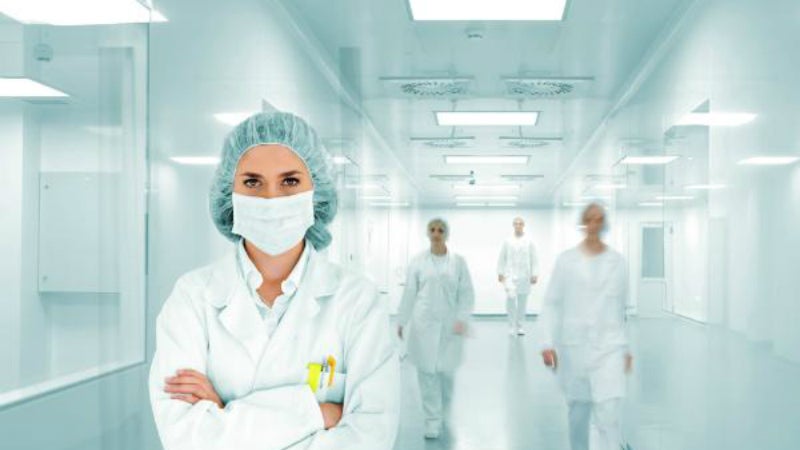 Cleanroom Connection’s supplies include a hand-picked selection of lint free non-shedding cleanroom wipes, sterile cleanroom apparel, sterile isopropyl alcohol, and other cleanroom disinfectants, as well as sterility testing products such as media fill test kits and contact plates and other cleanroom supplies used in the daily maintenance of a pharmaceutical cleanroom.

US Pharmacopeial Convention (USP) 797 pharmacy compliance, along with USP 800 training and compliance, are a specialty of Cleanroom Connection, with the support of associates at Pharmacy Compounding Accreditation Board (PCAB), the USP, US Food and Drug Administration (FDA) and veteran consulting compounding pharmacists who are available to answer technical questions for Cleanroom Connection clients.

Cleanroom Connection stands out from other cleanroom suppliers due to personal, pharmacy cleanroom-trained customer service, customized cleanroom product supply chain solutions, and vast resources for its customers. Its service includes direct contact with technical experts at all of the manufacturers it is authorized to sell for, including Decon Labs, DuPont, BioClean, Texwipe, Kimberly Clark, Covidien, CT International, Criti-Clean, Micronova, Hardy Diagnostics, Veltek Associates, and other high-quality cleanroom supplies manufacturers.

Sterility testing products are available at Cleanroom Connection including media fill test kits.
The DuPont IsoClean Tyvek line is available, which provides maximum skin coverage and protection.
Cleanroom Connection specializes in cleanroom supplies and sterile apparel such as isopropyl alcohol and other disinfectants for the pharmaceutical industry.

Unlike cleanroom suppliers that blindly sell thousands of similar cleanroom supplies, the products offered by Cleanroom Connection are a hand-picked selection. Working as a master distributor for the highest-quality cleanroom product manufacturers, only highly reviewed cleanroom supplies are offered based on customer reviews and in-house evaluations.

Get friendly, personal customer service when shopping for cleanroom supplies and learn from other customer reviews.

Launderable cleanroom apparel including polyester, nomex, C3 cleanroom coveralls, and other apparel styles are available, as well for facilities for the launder of cleanroom clothing.

Sterile cleanroom apparel, including the popular DuPont IsoClean Tyvek line, is stocked at Cleanroom Connection in all styles, sizes, and packaging options.

Sterile tyvek coveralls with attached hood and boot covers are quickly becoming the garment of choice for aseptic pharmaceutical cleanrooms due to maximum skin coverage and outstanding protective properties.

Lint free wipes, also referred to as non-shedding wipes, are used to wipe down all surfaces in a cleanroom. These wipes are often made from nonwoven blends of polyester and cellulose or laundered polyester.

Nonwoven cleanroom wipes are the most popular pharmacy wipes due to high-absorbency, economical pricing, and low-linting properties.

Low, medium, and high-risk media fill test kits are used to evaluate the proficiency of pharmacists and pharmacist technicians under compliance with USP 797 and test for sterility under USP 71.

Cleanroom Connection is the leading source for Hardy Diagnostics media fill test kits that will access the risk of microbial contamination of compounding sterile preparations (CSPs) according to USP Chapter 797.

Contact plates, slides and other microbiology products are available to all Cleanroom Connection clients at wholesale pricing.

From custom-tailored USP 797 compliance to on-site cGMP training and implementation programmes, Cleanroom Connection will take the time to create an easy-to-understand programme to raise business to the next level.